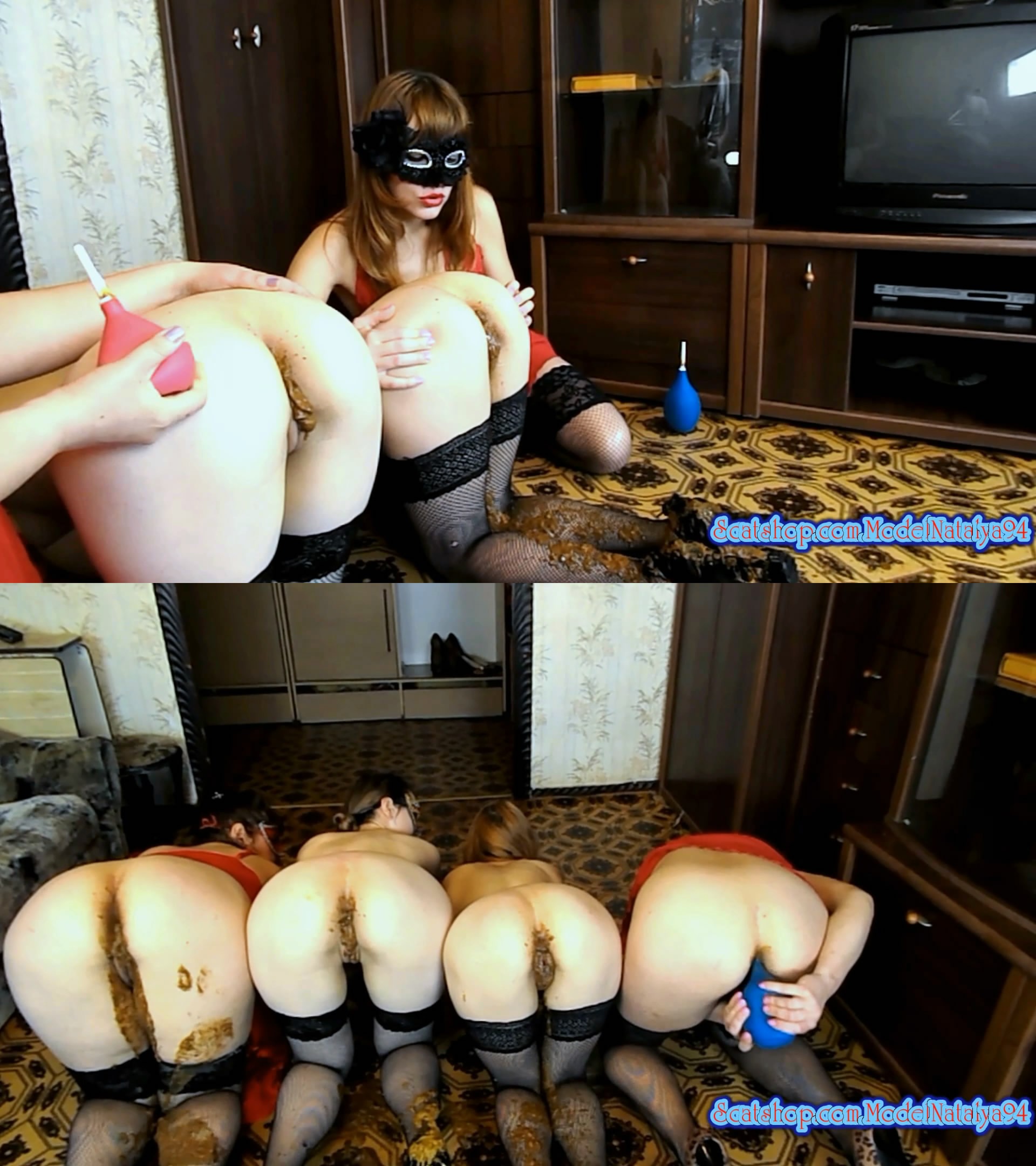 Olga joined our team and we in the fourth decided to arrange for you a real loud show in which four girls fart shot shit with the sound of farting , but it’s actually very cool and hot video . We all four friends wanted to arrange for you a very hot show , we consulted and decided to use the video mini enema to fill each other’s Asses with air and then explode very loudly . Yes, all supported the proposal to record this video for you . We went into the room and sat on the floor after a welcome by Caroline and Alice got cancer on my knees and Olga and I took up a mini enema and began to fill the ass of Alice and Carolina the air , after we had filled the air ass girlfriends girls loudly explode out of their ass blares the sound of farts and shit , Oh yeah that’s what I call a cool arkestra , girls joined Olga and I fill it with air , and Olga , Carolina and Alice explode by farting , but I I want to hear this loud sound of a fart from three butts , I again charge of your ass Carolina Olga and Alice and the air girls blow Oh yeah from their Asses it is not only the fart but shit , shit dripping Asses and feet , the entire floor in the shit , but to endure it was my turn I sit down on top of Alice and Caroline and Olga fills my ass in the air and I explode out of my ass I not only fart but shit , Olga again charges me with air and I explode again . Yes here is this show loud utterance, now we all four charged with air and ready to shoot at the same time , Yes we do it four Asses explode at the same time it’s just super . The whole room is shit and full of smell pass our Asses all in shit and feet , but we really liked it and we will continue to do for you such videos . If you like to listen to how girls fart, arrange a sound show then this video is for you , you like to watch how out of the Asses with fart crashes shit. Yeah, it’s just super four Asses that are ready to explode for you . We wish you a pleasant viewing of this hot video . 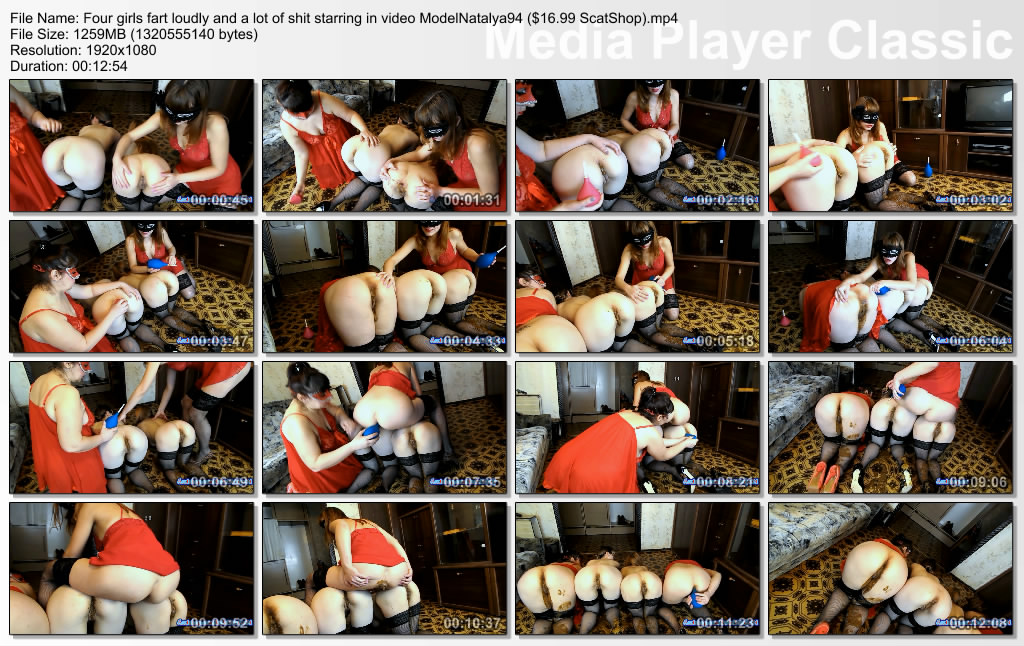 Special For You:  Shitting to my slave (newmfx.com) Monaliza, Saori Kido